What is IATA New Distribution Capability (NDC) and why do we need NDC?

Everyone associated with booking Travel, has probably heard and used the term by now “IATA NDC or New Distribution Capability”, But do you know what it really means?

How does Airline Distribution work?

Before jumping into the question of “What is NDC?” let’s take a broad look at the history of airline ticket distribution.

During the 1970s, airlines created computerized ticket reservation systems, known as Central Reservation Systems (CRS), to help their agents search, book, and confirm flight bookings. Having proven to be an extremely efficient tool, the airline industry looked to reduce their booking workloads by allowing travel agents to make bookings directly on the CRS.

However, each airline had its own unique CRS. To gain access to the flights of every airline, travel agents in the US demanded for and received a single CRS platform. This remained the status quo for over 20 years. Customers called the travel agents, who then booked their flights on the CRS.

However in the 1990s, the major CRSs , namely Sabre, Amadeus, and Galileo (now Travelport) chose to become independent of the airlines that had created them four decades earlier. This was a milestone for the industry and the beginning of the Global Distribution System (GDS) era. In only a few years, these three major GDS companies emerged as formidable air travel distribution systems. The GDSs use the legacy EDIFACT protocol, which dates back to over 40 years.

Then, the internet happened.

With the advent of the internet came online travel agencies (OTAs). While these agencies wanted to offer their customers access to every possible flight, they didn’t necessarily want to go through the trouble of integrating with three GDSs. So, the GDS aggregators arrived and translated each GDS’s language into a single common format.

So, what is the New Distribution Capability (NDC)?

New Distribution Capability, NDC for short, is an XML-based data transmission standard (NDC Standard) that was launched by the International Air Transportation Association (IATA) to transform the way the travel industry sells its products and address the shortcomings of the existing airline distribution system.

NDC, more or less, is a modern, more feature-rich way for airlines to share their product offerings through Application Programming Interfaces (APIs) directly from the airline Passenger Service Systems (PSS) to a B2B platform or Airline Agent Portals or OTA’s etc which is a big improvement over the legacy EDIFACT protocol that has been in use for the past 40 years.  Today this connectivity (from the airline PSS to an external world to the direct customers) exists through the airlines website where customers can directly access the airline content without any third party interference.

Why is the NDC a positive development for the travel industry?

To understand how the travel agents can benefit from NDC, watch this video from International Air Transport Association (IATA):

To understand the NDC standard, watch this video from IATA.

Why was the NDC created?

There are two inter-related factors that led to the creation of NDC.

The first arose relatively recently. In the 2000s, airlines wanted a way to share “rich content”, “Dynamic or Instant Pricing” and “Bundling air with ancillaries” with their customers.

Rich content would let airlines bundle ancillary services with their flights, help them differentiate themselves from their competitors, provide more personalized offers, and eventually increase revenue. However, the existing GDSs weren’t technically able to handle this level of product differentiation, using their 40-year-old EDIFACT protocol. This resulted in a loss of revenue for airlines, on one of their major profit sources.

Secondly, airlines were increasingly looking at ways to get around the GDS-centric distribution system and take control of their distribution channels. The existing distribution system was complex, requiring multiple third party systems to publish fare, publish the airline schedule, publish the various taxes etc. For example, if an airline wanted to change their prices, they’d have to update them on a third-party system like ATPCO or if they want to change a schedule, they’d have to update it on OAG or Innovata, before it reached the customer.

In came the NDC.

The NDC was developed to address these issues faced by the airlines and provide them with the features they coveted.

With GDSs and other third-party service providers fully ingrained in the distribution system, airlines’ customer data often ended up in the hands of others. The result was that the airlines didn’t fully own all of their data and subsequently faced greater challenges in offering personalized packages to travelers. For example while searching for a flight the airline is unable to provide a personalized offer to one of their Frequent Travelling passenger as there is no provision for instantly returning back an instant offer depending on the load factor of the flight when the agent input the frequent flyer number of the customer.

NDC aimed to give airlines the in-depth customer data that they needed to offer the level of personalization that many consumers have become accustomed to. With the proper data, ancillary products and services can be combined with flights to create personalized packages.

While traditional GDSs can only share prices and schedules, NDC supports rich content. Rich content can include a variety of extra details, optional ancillary services that can be added to a flight, and images and text that can catch the attention of customers. Furthermore, NDC allows airlines to directly bring this content to travel agencies and travel management companies (TMC) without necessarily requiring a GDS.

Airlines have introduced Airline Agent Platforms (or NDC Portals) for Travel Agents to access their content exactly like how customers are accessing the content through their website.  The only difference is that while Customers are restricted to pay by Credit Card, Travel Agents can choose BSPs or ARCs to settle their payment.

What are the challenges faced in implementing NDC?

While the NDC provides a lot of benefits, it has also faced challenges that have put it on a different trajectory than some had envisioned a few years ago. 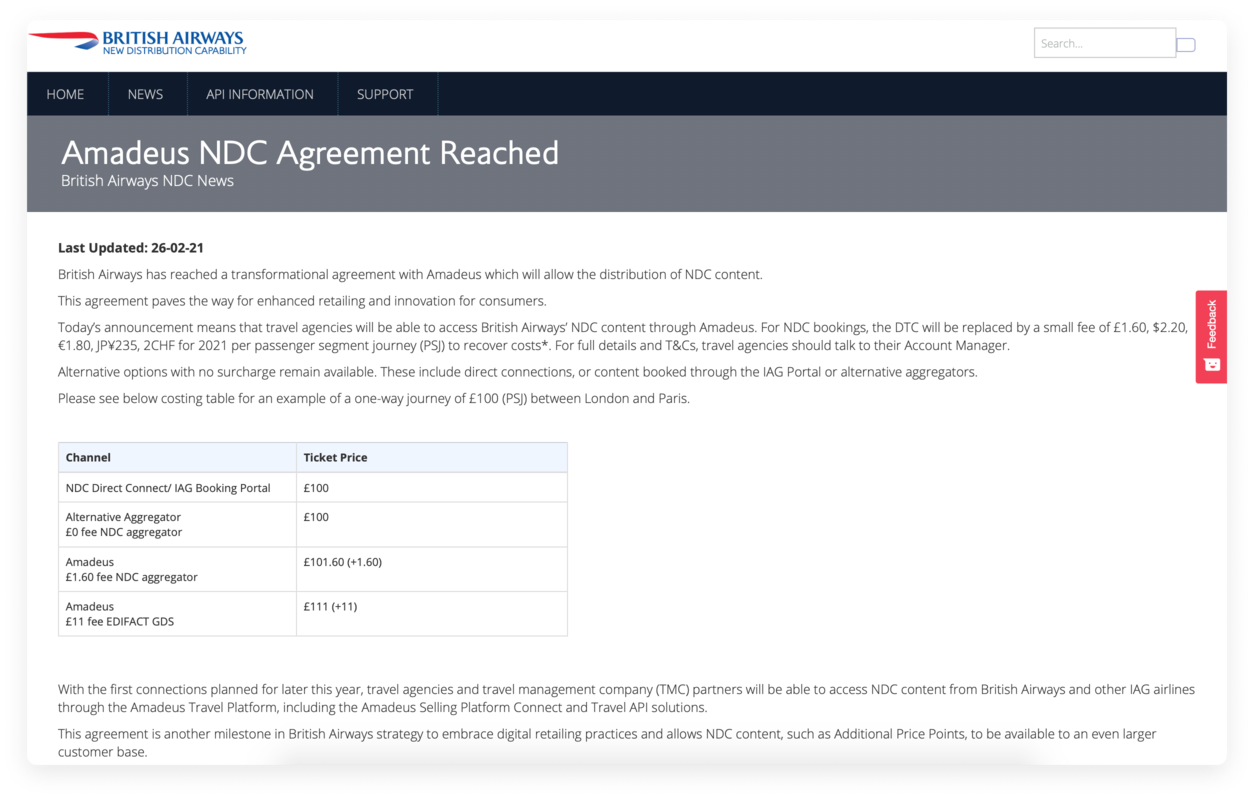 – NDC implementation from airlines are not the same

For Airlines to implement NDC they have to either depend on their Passenger Service System Providers (PSSs) or NDC Certified IT Providers who consumes the API’s to the IT Providers Offer and Order Management System from the PSS and expose the same as an API out to the various customer engagement layers of the airline.  The challenge here is that different PSS providers use different versions for each airline, different IT providers use different versions and different IATA NDC Schema’s to consume and expose.   There is no standardization of API’s.  The second challenge is the more and more airlines are coming up with their own Airline Agent Platforms where travel agents have to login in individual screens of each airlines.

While some airlines have adopted NDC and its XML-based standard, the practical implementation is different for each airline. Nearly every airline has taken a unique approach to NDC and created custom APIs and Airline Agent Platforms. If that trend continues, it means that OTAs, TMCs, and even GDSs would need to integrate with each airline, and/or Travel Agents will end up logging to each Airline Agent Platform, something that they won’t be willing or able to do. This has created a need for someone like NDCMarketplace.com to standardize or aggregate the different NDC channels.

In response to NDC’s potential to allow airlines to avoid GDSs, the GDSs have begun to adopt NDC themselves. What does this mean? It is likely that we will see the continued spread of NDC but with different commercials.  Airlines use to pay GDSs and in turn GDSs would pay the Travel Agents, for each segment booked.  This is now changing.

Airlines will be charging each Travel Agent a Distribution Fees to access their NDC content through the GDS pipes.  One of the earliest airlines to implent this was British Airways. Read more about the British Airways Distribution Charge here. https://ndc.ba.com/news/2021/news-amadeus-distribute-ba-content-ndc 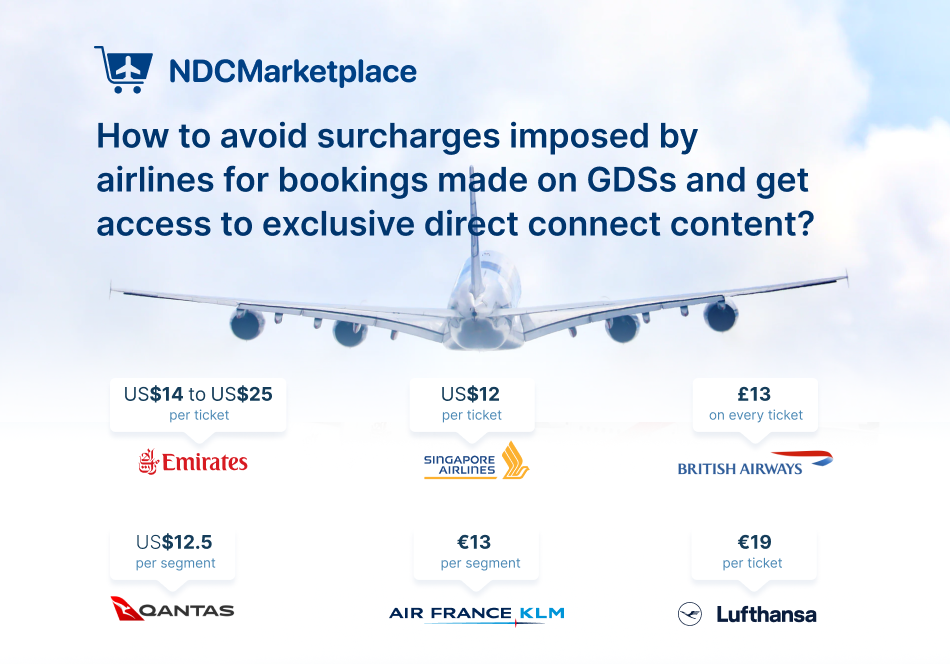 How to avoid booking surcharge imposed by airlines on GDS and get access to exclusive NDC/direct connect content? 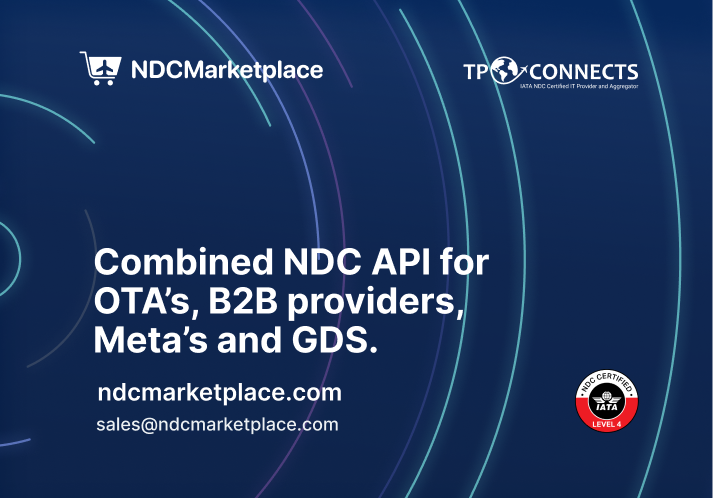 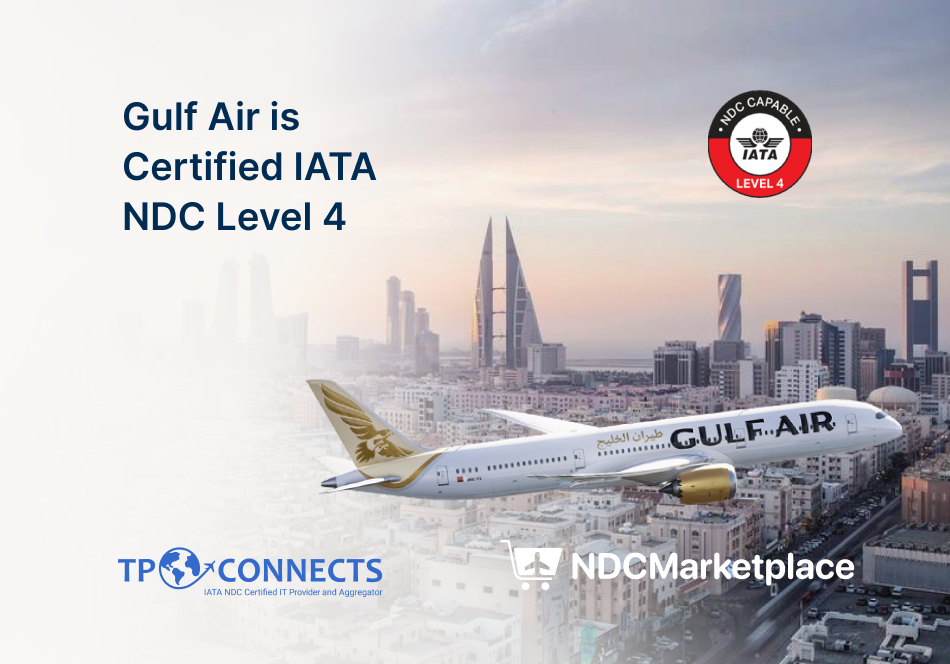 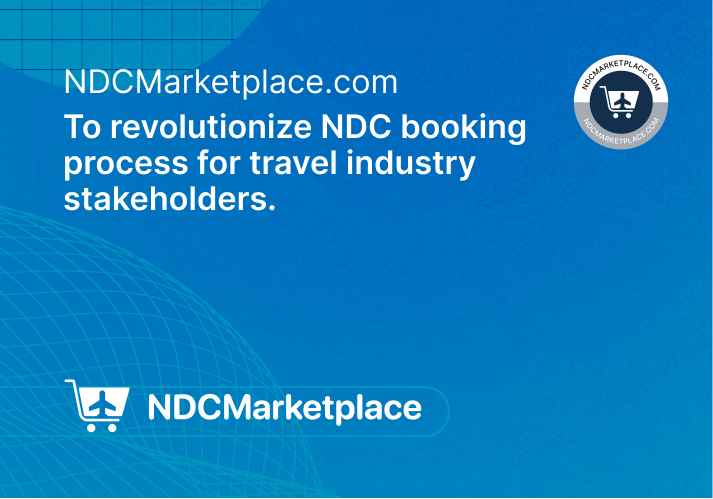 THE FUTURE OF NEW AGE DISTRIBUTION

Start Now How it Works
×